When in Docker swarm mode, an application image is deployed by creating a service, run across a Docker swarm (on worker nodes), rather than a container running on an individual host.

There are two modes a service can be run in: replicated and global.

Replicated mode - a set number of identical containers are created, and that number can be modified via the “--replicas” & “--scale” switches. The default mode is replicated, and the default number of replicas is 1.

Global mode - creates an identical container on each node in the swarm, this number cannot be modified (only removed entirely).

When using global mode, you declare the desired service state by creating a global service. The orchestator then creates a task and schedules it for every node in the swarm, there is no defining how many many containers are created or which nodes they are created on, as it runs a single instance on all of the nodes. If a node is added to the swarm, the orchestator creates and schedules a task for the global service on the new node. Common use cases would include monitoring agents and security applications (AV software).

The diagram below, is from the Docker docs, and shows our nginx three-service replica in yellow and our apache (httpd) global service in gray. 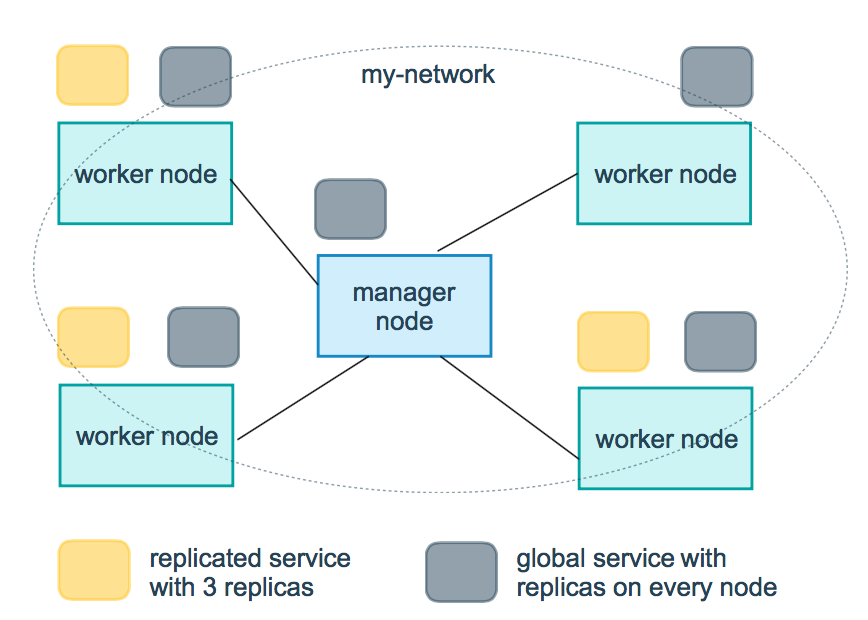